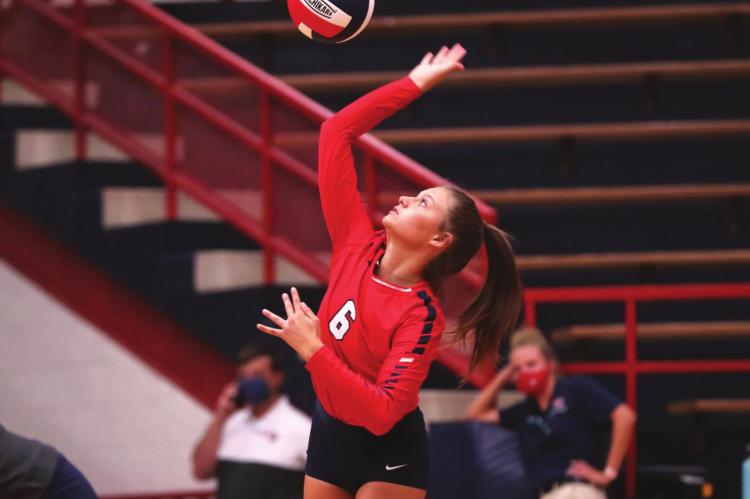 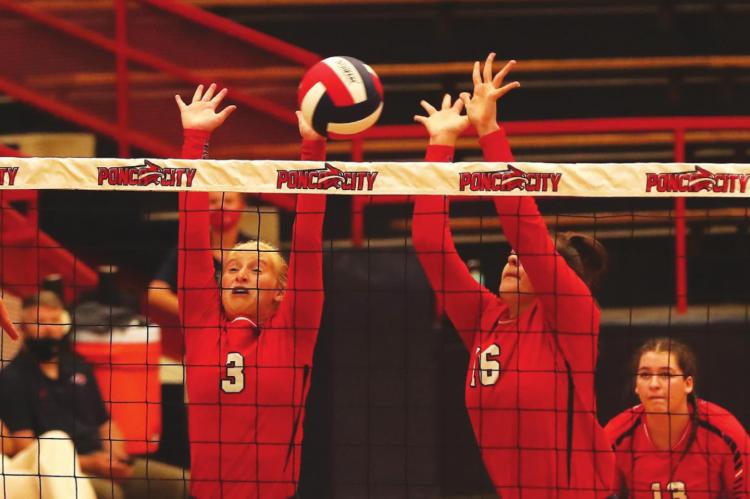 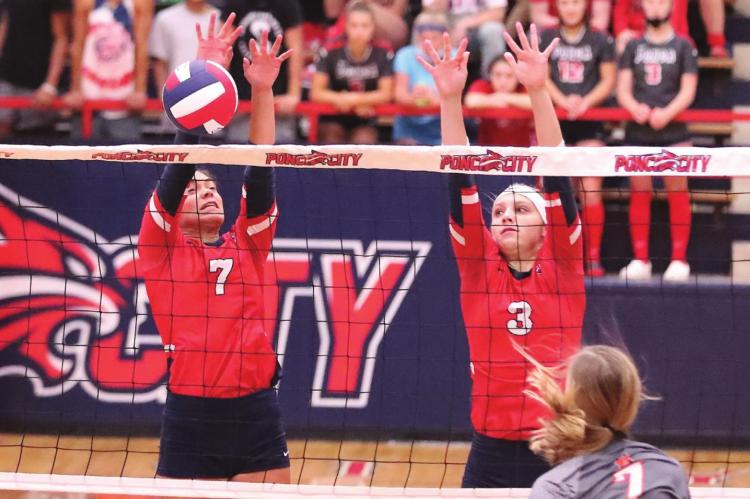 The Ponca City Lady Cats opened the season with a pair of hard-fought matches that turned out to be defeats.

On Monday night the Lady Cats battled Stillwater on relatively even terms before bowing 3 sets to 1. On Tuesday it was a top-notch Norman team that topped Ponca City 3 sets to none.

Both matches were played in Robson Field House before a socially-distanced group of fans.

On Monday, Ponca City and Stillwater were never very far apart in the score as the match was pressure packed throughout the four sets. Stillwater won by scores of 25-23, 26-24 before Ponca City posted a 25-22 victory. The visiting Lady Pioneers closed out the match with a 25-23 victory.

In Monday’s first set, the Lady Cats took the lead for the first time at 5-4. They boosted that to 9-4 and led until Stillwater caught up at 22-22. Ponca City went ahead to 23-22 but then Stillwater scored the final three points to claim the win.

Ponca City led most of the way in the third set. At one point the Lady Cats’ lead was 12-7. But as was the case for most the the night, the team that trailed was able to bounce back. Stillwater led 16-14 before the Lady Cats took their turn at bouncing back and the set was very close the rest of the way as Ponca City stayed alive with a 25-23 win.

The fourth set was close until Stillwater started pulling away after the score was tied 7-7. Stillwater made the score 8-7 and never trailed after that point. The Lady Pioneers led by seven, 19-12 and appeared to be on their way to an easy win. But the Lady Cats surged at the end and pulled within one at 24-23 before Stillwater closed out the set 25-23 and claimed a 3-1 victory.

After the Stillwater match Ponca City Coach Jennie Hinterreiter said “Our team is more determined than ever to compete and win. I was so proud of their effort.”

Thursday the Lady Cats are scheduled to travel to Bartlesville for matches there.