I owe my love of sports to my father

By David Miller David@poncacitynews.com
Time to read
4 minutes
Print
a- a+
Published 2 weeks ago
Last updated 2 weeks ago
Read so far
In-page image(s) 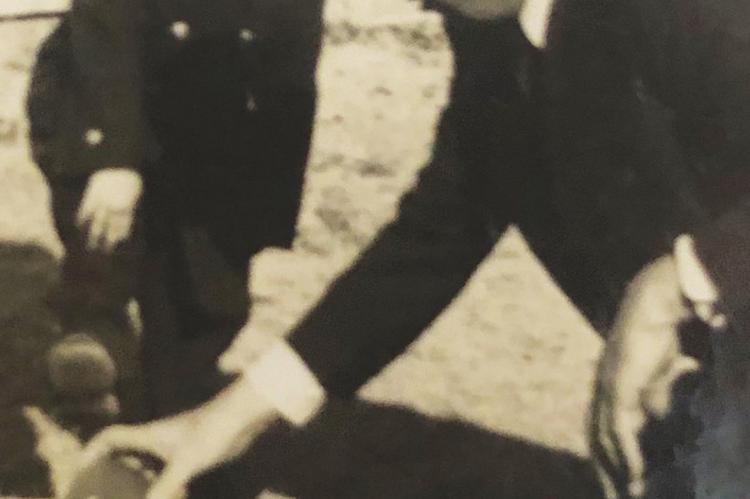 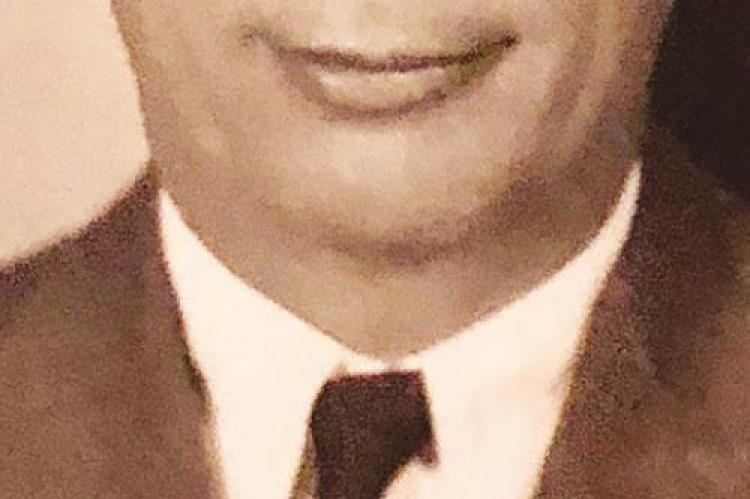 Last weekend many of my friends and acquaintances honored their fathers on a day that has been set aside for that purpose. I joined others in posting a photo of my Dad with a brief mention about my appreciation for his contributions to my life on social media. That tribute included words to the effect that he informed me well on matters of the Christian faith by his words and example and that he helped generate in me a love of sports.

I have frequently mentioned him in this space over the years citing brief examples of the latter. Thus, I have decided that as a belated Father’s Day tribute to him I will set forward a more detailed description of his impact on me.

I really don’t know the story of how Dad got to be such a huge fan himself. He was born on a farm near Ringwood and moved with his family to Enid when he was about 12. He attended Enid High School in its early years of existence and graduated in 1916. Among the memorabilia I inherited on his passing in 1989 is a ribbon that he got for running a distance race in high school. That is the only evidence that I have of him participating in sports during the high school years. His father ran a small neighborhood grocery store and Dad was expected to work there. He told me that there wasn’t any time for him to play football or other sports.

He did play football in college. One thing I do know about his high school years was that during them he felt called to be a preacher and one thing that answering that call required was a college education. He chose to attend Western Union College (which later became Westmar) in LeMars, Iowa. In his junior year there the football coach was desperate for players and he talked Dad into trying out. Making the team was an achievement of which he was extremely proud. He played center for Western Union’s team and with pride he helped me understand that it was one of the most important positions in football of that era. Most teams, including the Western Union outfit, ran the single wing formation and the center’s job in that setup was to snap the ball directly to whichever back was going to do the running. With pride he would proclaim that he never made a bad snap. The team wasn’t very good during his junior season, but when he was a senior it won almost every game. He told of one opponent who played for Loras College who gave him fits. He was proud to recount how every trick this guy used to intimidate Dad failed to work and the last line of the oft-repeated story caused Dad to beam with pride--”We beat Loras.” One of his prized possessions was the letter sweater he earned for playing football. I remember on a number of occasions digging in the dresser drawer where it was kept to take a look at it. It was in pretty sad state with moths having wreaked havoc on the woolen garment over the years.

I came along when Dad was 45. Looking back I think Dad started talking about sports to me at a very young age, because he didn’t have anyone else to do so with. Mom wasn’t a sports fan and my older brother had no interest at all. Rather, his interest was in music and the arts. I had an older sister, who was a very good high school basketball player, and Dad followed her career with great enthusiasm. But she left home after high school and his interest in sports transferred from her to me. I really don’t remember

I really don’t remember when Dad started taking me to high school football games. I must have been very young, probably four or five. He would talk to me about the better players and what made them especially good at their positions. I knew early on that Gene was a good running back because he was fast and that Bill was a good lineman because he was big and could block well. Weldon was a ferocious tackler who was difficult for opponents to block. I lived for Friday nights and the opportunity to go to games with my Dad. I especially remember once when I had a bad cold and Mom was adamant that I wasn’t going out in the cold air. Dad thought fast and called the high school principal whose office had a window overlooking the football field. He got permission for us to sit inside the principal’s office to see the game. I remember that quite well. It was a close contest with our team winning 7-6.

As a pastor he was devout in his Christian Faith. But he was just about as devout in listening to sports on the radio. Dad was especially devout in following the fortunes of the Oklahoma Sooners. I found myself listening along with him. We lived in Central Kansas and the radio reception for Sooner games wasn’t always good. But regardless, Dad’s ear was always attuned to the radio when OU played. As the old saying goes, “If I had a nickel for every time I heard “Boomer Sooner” being played.....” We listened whenever there were games of all sorts being broadcast, even those involving Salina High School basketball teams (our favorite radio station was KSAL of Salina). We listened to baseball games during the summer and I became a more avid fan of the major leagues than Dad. His work kept him from listening to games as often as I found myself doing.

In Dad’s upbringing he was taught that one needed to observe the Sabbath Day to keep it holy. One of the things that wasn’t permitted in our house was participating in sports on Sunday. That included listening to games. The players were making money, which was a “no-no” on Sundays, and their participation in games made others, like ticket takers and concession workers, to violate the Sabbath as well. I was shocked one Sunday during the 1956 World Series when I walked into his study to find him with his ear glued to the radio. He looked up sheepishly and said “the Dodgers are ahead 2-1” and then left the room. I couldn’t believe that Dad had sneaked in a listen on a Sunday. I was an enthusiastic

I was an enthusiastic participant in sports as a youngster--not very good but enthusiastic. Dad always was at my games. He wasn’t one to offer compliments so I never heard the words “Good game.” But I knew he was proud at whatever meager accomplishments I would achieve. I would occasionally overhear him tell Mom, who didn’t attend, about what “the boy” had done. The closest he came to a direct compliment to me was the comment, “You were pretty hot,” when I made seven consecutive baskets during a game my senior year.

His interest in sports continued to his final years. After Mom passed away, he married into a family which he came to learn was full of Oklahoma State supporters. He enjoyed the banter back and forth with them especially during Bedlam games. He suffered from dementia the last year of his life and I knew it was pretty bad when I visited on a Saturday and OU was playing football on television. I asked him if he wanted to watch the Sooners and got nothing but a blank stare in return. It broke my heart.

Over the years I have discovered that I owe much to my Dad about all aspects of life. I certainly owe my interest and knowledge of sports and sports trivia to him. Thanks Dad for everything.