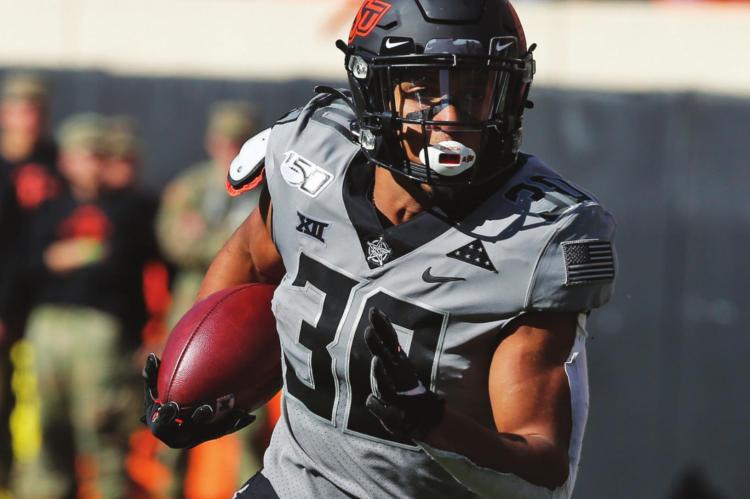 That is quite a shift for a man who for years has been one of the nation’s most outspoken coaches.

After calling coronavirus the “Chinese virus” and criticizing mainstream media coverage of the pandemic in April, Gundy ran into problems with players as they focused on racial injustice.

All-America running back Chuba Hubbard, who is Black, suggested he may boycott the program after Gundy, who is white, was photographed wearing a T-shirt promoting the One America News Network, a far-right news channel that has been praised by President Donald Trump and has been critical of the Black Lives Matter movement.

Gundy apologized and took a pay cut as part of the fallout. Gundy and Hubbard appear to have ironed out their differences, and Hubbard has returned.

“I listened to what the players had to say and took all things into account,” Gundy said. “Made some adjustments and moved forward.”

A key reason Gundy might want to talk football is that his team should be good. The 15th-ranked Cowboys return Hubbard and plenty of other firepower from last year’s 8-5 squad heading into their opener Sept. 12 at home against Tulsa.

Hubbard finished eighth in Heisman Trophy balloting last season and is one of the favorites entering this season. He ran for 2,094 yards and 21 touchdowns last season, enough to make him consider declaring for the NFL draft.

Receiver Tylan Wallace decided to return for his senior season, giving Oklahoma State another one of the nation’s premier weapons. He caught 53 passes for 903 yards and eight touchdowns last season despite playing just nine games because of an injury. He was a Biletnikoff Award finalist in 2018 and is a secondteam preseason All-American this season.

Dillon Stoner also is back. The senior had 611 yards and five touchdowns receiving last season.

Quarterback Spencer Sanders is back after passing for 2,065 yards and 16 touchdowns and rushing for 628 yards and two more scores as a freshman.

Historically, Oklahoma State’s defense has struggled to keep up with its high-octane offense. But the Cowboys have quite a bit of talent returning on that side.

Kolby Harvell-Peel is a preseason All-Big 12 selection after being one of the conference’s best playmakers last season. The safety posted 71 tackles, five interceptions and 13 pass breakups last season.

Cornerback Rodarius Williams ranked fifth on the team last season with 58 tackles and had six pass breakups. Defensive end Trace Ford had three sacks and nine quarterback hurries last season as the only true freshman to start a game for the Cowboys.