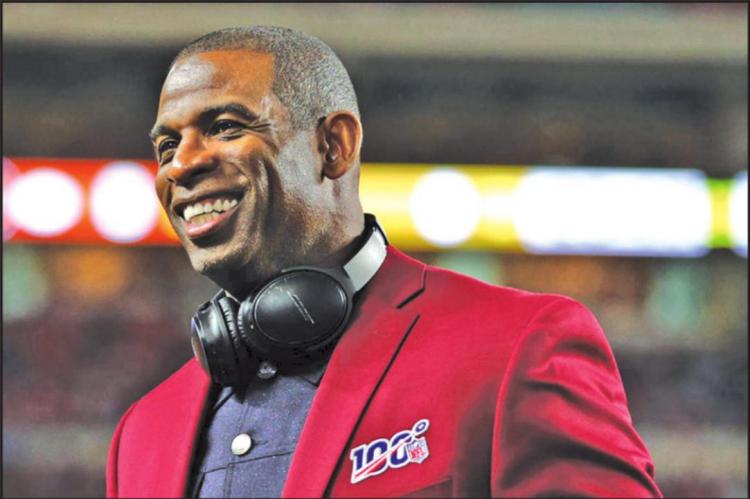 An eight-time Pro Bowl player, and two-time Super Bowl champion, Sanders was with the Cowboys for five seasons, primarily as a defensive back and return man. His 14-year NFL career also included five seasons with the Atlanta Falcons, the team that drafted him in 1989.

But Sanders, a two-sport athlete from Florida State, was also drafted by the New York Yankees in 1988. He played Major League Baseball for nine seasons, and he had his best years with the Atlanta Braves and Cincinnati Reds. Sanders is the only athlete to have ever played in a Super Bowl and a World Series.

Sanders, nicknamed Prime Time, has been coaching on the high school level more than a decade. He currently heads Trinity Christian in Cedar Hill where he has led them to three-straight Texas Association of Private and Parochial Schools (TAPPS) titles.

But Sanders has always expressed interest in coaching on the college level and he will get that chance at Jackson State.

“I am truly blessed to be the 21st head football coach of Jackson State University,” Sanders said at a press conference Monday that had the feel of a coronation and pep rally with the school’s famed band leading a black SUV featuring the new coach and his family on a grand entrance.

“This amazing HBCU has always enjoyed a high level of commitment academically and athletically. It’s my desire to continue this storied tradition and history of JSU and prayerfully bring more national recognition to the athletes, the university, the Sonic Boom of the South, and HBCUs in general. I am TRULY proud to be a part of the JSU Tiger family. ‘I BELIEVE’”

Sanders will finish the season coaching at Trinity Christian before joining Jackson State for the spring season at Jackson State. The Southwest Athletic Conference moved from the fall to the spring due COVID-19. Jackson State opens at home Feb. 21 against Edward Waters and will play eight regular season games.

“I am thrilled to welcome Deion Sanders to Jackson State University, the city of Jackson, and Mississippi,” said school vice president and athletics director Ashley Robinson. “Coach Sanders is student-athlete centered and cares about young men and their well-being beyond the football field. We expect to compete for and win championships at Jackson State, and Coach Sanders will help us achieve those goals.”

Sanders is taking over a program with a strong history and tradition.

But the Tigers have struggled lately.

Sanders replaces John Hendrick, who went 6-9 overall and 5-5 in the SWAC East. Jackson State’s most recent winning season came in 2013.

Jackson State Acting President Thomas K. Hudson believes Sanders is the man to return the football team to past glory.

“Jackson State is excited to bring in Coach Sanders to lead our football program,” Hudson said. “He understands the legacy and history of football at JSU. I am confident Coach Sanders will solidify the brand of JSU football.”