Friday’s Wildcat game was a nail-biter

By David Miller David@poncacitynews.com
Time to read
2 minutes
Print
a- a+
Published 1 week ago
Last updated 1 week ago
Read so far
In-page image(s) 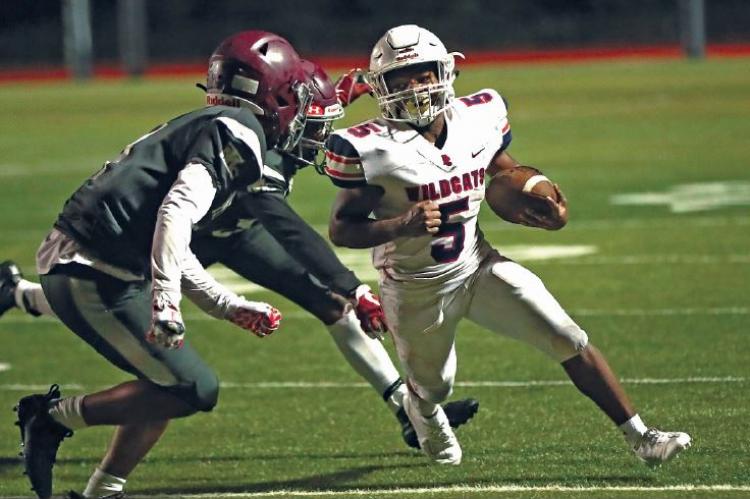 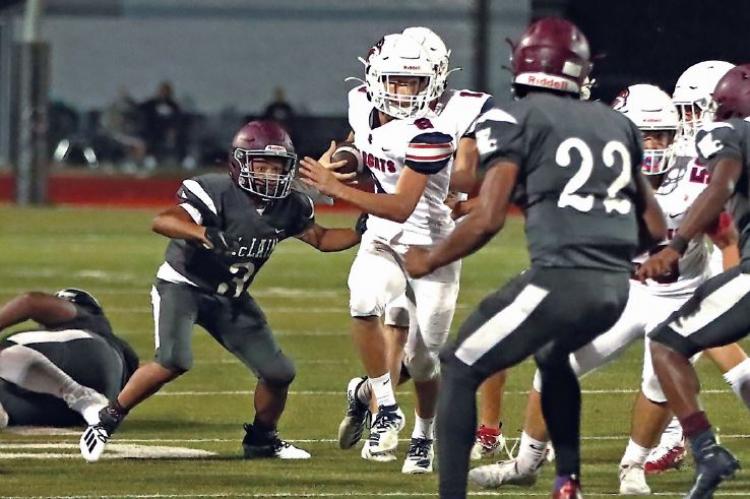 The way Friday’s game with Tulsa McLain went Ponca City Coach Scott Harmon and his staff didn’t draw an easy breath until Wildcat Tyson Dewberry intercepted a pass to stop a McLain drive with less than a minute to play.

From that point on the Wildcats were able to run out the clock and secure a one-point 23-22 victory. It was the first win for this year’s Ponca City team which suffered a tough 19-17 loss to Enid in Week 1.

In the final statistics, Ponca City had the edge, especially in the matter of yards gained on the ground and in number of plays run. The Wildcats had 322 yards rushing, to McLain’s 180. And Ponca City ran 55 plays from scrimmage compared to McLain’s 34. What made the game as

What made the game as close as it was was big-yardage plays. McLain’s three touchdowns were of the bigyardage variety. A 75-yard run, a 74-yard pass and an 80-yard pass interception. In comparison, Ponca City had to grind out its touchdown drives for the most part.

Harmon especially was pleased with the play of his offensive line.

“I thought the offensive line did a good job of helping us control the clock when we needed too. They (McLain) were daring us to throw the ball, and our kids responded well. We stuck with what we did and it worked out. The win was good for our young kids. We definitely needed a win as we get ready for district play.”

The Wildcats were highly inexperienced at some spots Friday, especially at the quarterback position where three different players saw action. Sophomore quarterback Grant Harmon started, but left the contest due to injury in the first quarter. Lane Scholey and Nate Harbeson each received snaps during the remainder of the game.

“McLain has some athletes,” Harmon said. “They were able to take advantage of their athleticism. It seemed like everything that could have gone wrong did. We bent a lot but we didn’t break.”

Ponca City scored first on the first play of the second quarter as Scholey ran the ball in from the McLain five. The Wildcats had ground out 81 yards on 14 plays for the score. But lightning struck quickly for McLain as they took an 8-7 lead after a 74-yard touchdown pass on the second play of the ensuing possession.

The Wildcats took advantage of a McLain fumble to score their second touchdown, which was earned on a six-yard run by Cameron Jackson. Late in the half, Ponca City kicker Spencer Ball kicked a 28-yard field goal to give his team a 17-8 halftime advantage.

There was no scoring in the third quarter, but after that point McLain controlled the narrative, scoring on a long run and a pass interception to make the score 22-17. WIth 5:22 remaining in the contest, the Wildcat running game really took charge and ground out 60 yards on seven plays to score. Elijah Phillips scored the TD on a four yard run. Attempting to make it a three-point game, Ponca City attempted a two-point conversion, but it failed and the score remained at 23-22.

It was a breakout night for sophomore running back Cameron Jackson who rushed for 211 yards on 31 carries. His longest carry was for 26 yards.

Friday’s scheduled game with Ardmore has been cancelled as the Ardmore team is in COVID-19 quarantine. Harmon said that if an opportunity to play a game that seems the right fit for Ponca City comes along there might be a game Friday.

“But we are a little banged up right now. I would hate to throw our kids in there for a game that wouldn’t mean anything in the district race,” he said. “We will play it by ear, but it may give us an opportunity to get in better shape for our first district game.”

That first district game is Sept. 25 against Sand Springs at Sullins Stadium.