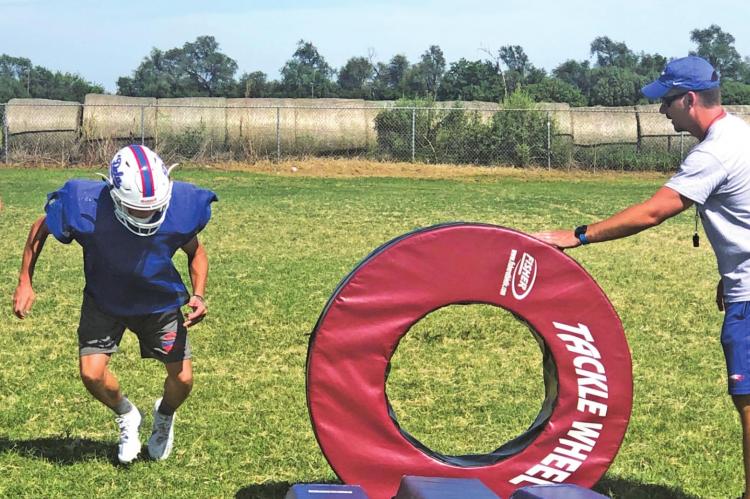 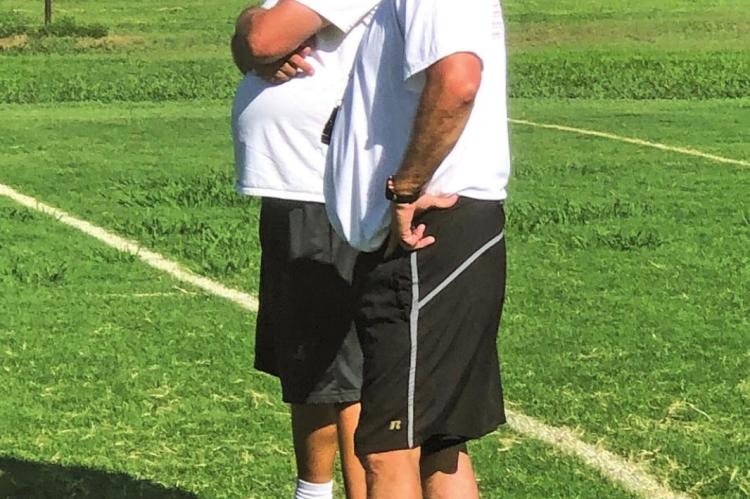 The Tonkawa Buccaneers missed the high school football playoffs for the first time in a long time last season and will be looking to bounce back. Their neighbors to the west, the Deer Creek-Lamont Eagles, are hoping that they can carry a final-game victory to a more profitable season in 2020.

Coach Mike Kirtley’s Buccaneers are used to playoff success with multiple state championship and state runners-up trophies in their possession. So it was a difficult pill to swallow last season when they finished out of the playoff picture.

The year starts with a different look--the Bucs have moved to a different district than the one they occupied the past two seasons. Instead of traditionally tough opponents like Pawhuska, Hominy. Morrison, Woodland and Pawnee, they will face teams like Cashion, Crescent, Oklahoma Bible, Watonga and Oklahoma Christian Academy. The task became more

The task became more challenging when running back Kai Day suffered a season-ending injury in a preseason scrimmage with Oklahoma Union. Great things were expected from Day, who has been an important member of the Buccaneers since his freshman season. Another player, Nathan Anderson, also was injured in that scrimmage, but is expected to be back in a couple of weeks.

Kirtley describes his team as being pretty thin--only 28 players have reported. “But I think we will be able to field a pretty good 11,” he said.

The veteran coach notes that there will have to be “some big changes” made to accommodate the loss of Day at running back and his defensive position at outside linebacker.

When Kirtley starts naming his top players, he first mentions two big linemen, Dante Mendoza and Maccael Brown. Tristan Burdick will switch to running back and when Anderson is able to return, he will be free safety, quarterback or receiver. Carson Robinson is expected to be a receiver-safety, Clay Massey is set at offensive line and linebacker on defense.

Other names that Kirtley mentions are junior Jake Morgan at offensive-defensive line, Jaden Guzman, fullback and linebacker, Jake Randall, cornerback and wide receiver, Noah Campbell, at linebacker and offensive line and Brendan Ochoa on the line both on offense and defense. A freshman, Ryan Morgan, is expected to see quite a bit of playing time, perhaps some at quarterback.

The Bucs moved from a tough district, generally thought to have been the toughest in the state. But Kirtley doesn’t think the new district will be any easier. Cashion, for example, was Class A state runner-up last year. “Crescent and Oklahoma Christian are always tough and Oklahoma Bible is expected to be greatly improved,” Kirtley said. “We were ranked fifth in the district by one (preseason) poll if that gives you any indication.”

Eagles’ Coach Justin Schanbacher is excited about the numbers he has to work with this season. DCLA finished last season with only nine healthy players. So far this year there are 21 who have reported for duty. Part of the increase came from co-op partner Billings which is contributing seven players this year. Only one came over from BIllings a year ago.

The Eagles suffered through a one-win season last year. That one win came on the last day of the season and DCLA is hoping that some momentum will carry over to this year. The team last year were all sophomores and juniors and Schanbacher is counting on their gained experience as being a plus for this season.

Dawson Silks is a senior who will be a running backreceiver. “He is our fastest player,” Schanbacher said. “We will try to get the ball in his hands as often as possible.”

Cade Light is a senior center-defensive lineman who Schanbacher describes as “very smart and knowledgeable and one we will count on to lead our linemen.”

Junior Paladin Compala is a two-year starter returning at quarterback. The Eagles will do a lot of passing and Compala is one who throws the ball well. Two of his main targets will be junior Tobin Snow and running back-receiver Gavin Wallace.

“We have several guys we can throw to,” Schanbacher said.

The second-year coach indicates that the Eagles’ goal this year will be to finish fourth in the district and gain a spot in the Class C playoffs. Should DCLA be able to accomplish that it would be a great bounce back from last year’s nightmare season.

“We were lucky to finish the year. There were other teams who had to forfeit their last games due to not having enough players. But I am proud of the nine who finished for us. Having 20 guys will be a good experience.”