Big 12 moves ahead with plan 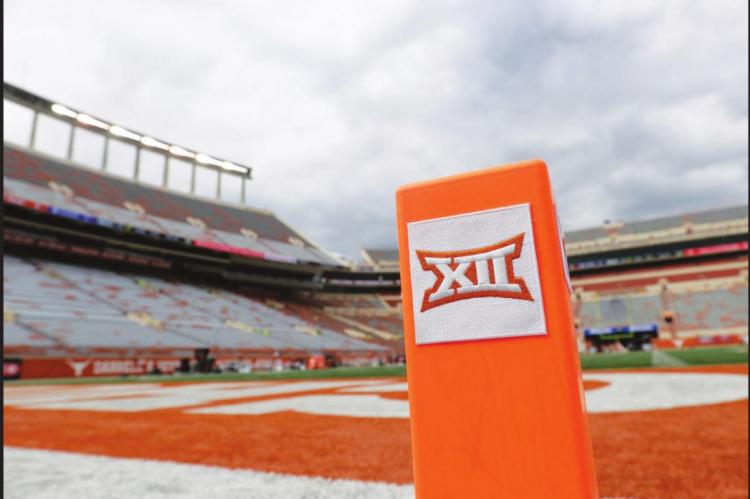 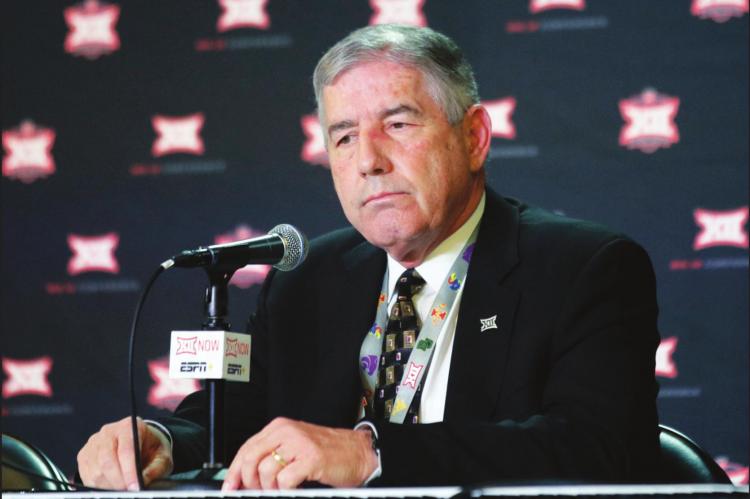 Baylor coach Dave Aranda could see a weight being lifted off the shoulders of his players during a meeting Tuesday night, when word began to filter out that the Big 12 Conference would attempt to play football this fall.

“You could just see the joy,” Aranda said. “Everyone was smiling. Guys were cracking jokes, were excited.”

Months of uncertainty had finally given the Bears and their conference rivals the slightest bit of clarity. If all goes according to plan, they will take the field for a non-conference game next month, then begin a roundrobin league schedule on Sept. 26 with the intention of crowning a Big 12 champion on Dec. 12 near Dallas.

That doesn’t mean they will be competing for a national title, though. The Atlantic Coast and Southeastern con ferences have so far joined the Big 12 in playing this fall, but the Big Ten, Pac-12 and many smaller conferences are trying for the spring.

So will there be two national champions, like there sometimes were when poll voters declared who was best? Will an autumn champion play a spring champion? Will this year, like so many things around the world, simply be one to forget?

Those are among the questions that still must be answered.

“We have a College Football Playoff call next week and we’ll obviously talk about this. It’s going to be a while into the season before all that is resolved,” Big 12 commissioner Bob Bowlsby said Wednesday. “There probably isn’t any obvious reason why it couldn’t work to continue to try to play a postseason, but you’re looking at a December-January time frame right in the heart of the virus season. I just think it’s too early. We’re going to have to be patient.”

Patience is something the league has been preaching since March, when the coronavirus pandemic began shutting down sports in the U.S. as it turned the world upside down.

The Big 12’s board of directors have been speaking on an almost-daily basis with infectious disease experts, scientists and physicians while getting the input of coaches, administrators and athletes. It came up with a plan it believes will work. Fall sports will begin after Sept. 1 with football playing a schedule in which each team can play one non-conference game before league play begins a few weeks later. The schools will all play each other to give them 10 total games.

All athletes will be subject to three tests per week — likely Sunday, Wednesday and Friday — in “high contact” sports such as football, volleyball and soccer. Should an athlete test positive, they would be subject to echocardiograms, a cardiac MRI, blood tests and other examinations before they are cleared to return.

Non-conference opponents also must adhere to Big 12 standards the week before competition.

“We have been unwavering in putting our focus squarely on the well-being of our student-athletes and staff members,” Oklahoma athletic director Joe Castiglione said. “There has been great effort expended in areas like testing and sanitizing, which are part of a comprehensive plan.”

TCU Chancellor Victor Boschini, who chairs the board of directors, acknowledged things could change at any time. The Big Ten, for example, had released a conference-only schedule before scrapping the fall season just days later.

“If at any point our scientists and doctors conclude that our institutions cannot provide a safe and appropriate environment for our participants, we will change course,” Boschini said.

The Big 12 wanted to wait until August to reach a decision on fall sports to see what would happen as teams began their preseason camps. And while there were numerous outbreaks when athletes returned to campus in June for workouts, most of the league’s 10 schools have not reported any positive tests for several weeks.

“Frankly, we found that what we thought was golden 60 days ago is garbage today. It’s an ever-evolving environment,” Bowlsby said, “and we will find ourselves with bump spots during the fall. There isn’t any doubt about that. But I think we are very well-prepared to deal with those things.”

That doesn’t mean there aren’t still more questions that answers.

Does a school that experiences an outbreak during the week forfeit their game? What are the chances that coaches try to game the system for a competitive edge? Is there a number of positive tests league-wide that ultimately would force the Big 12 to call off the season? Do players lose a season of eligibility if only five or six games are played?

Bowlsby acknowledged most of those questions do not have answers, at least at this point. But he hopes the NCAA will provide some clarification soon on such issues as eligibility and financial aid.

He also agreed that it would be difficult for the Big 12 to continue if the ACC and SEC ultimately move to the spring.

“Any time anybody at any level has decided they weren’t going to play or they were going to do something different, it affects us,” Bowlsby said. “I don’t know we would want to be the only college football conference playing. To the questions about the postseason — that would pretty much eliminate the postseason.”

The decision to move forward this fall was met with overwhelming approval from coaches and athletes, many of whom simply wanted clarity as they pressed on with daily workouts in anticipation of a season.

“They want to compete,” Kansas State coach Chris Klieman said. “Especially seniors, they only have so many opportunities to compete. It’s pretty special when you go into your senior years. Those are the guys I’m really hopeful have a chance.”

Whether they compete in front of fans is a question that the Big 12 is leaving to local jurisdictions.