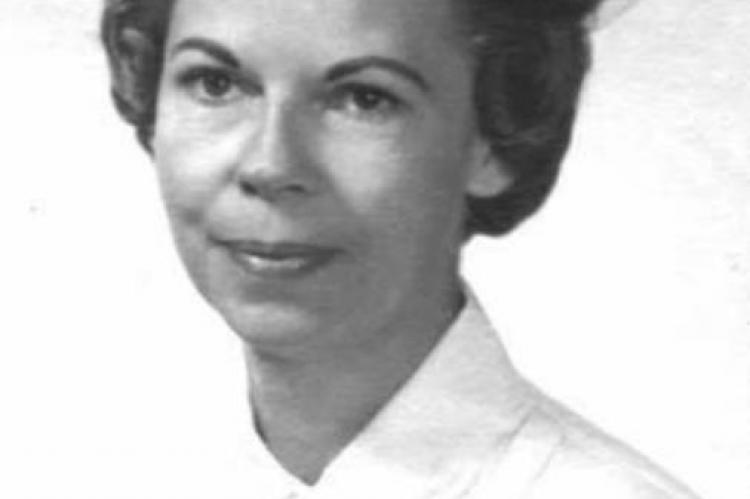 Maxine Scott was born July 17, 1923 in Kansas City, Missouri and was adopted by Frank and Mabel (Williamson) Scott of Pittsburg Kansas. She attended schools in Pittsburg beginning at Eugene Field Elementary, Roosevelt Junior High, and Pittsburg High, graduating in 1940. She attended Kansas State Teachers College and was a member of Phi Mu Gamma sorority.

During World War II she met the dashing Sgt Don Sothern, US Army Signal Corps who was stationed at Camp Crowder and claimed to be a Hollywood photographer, which technically, was true. They married February 4, 1944. After the war they had several trials with his photography businesses until 1949 when he became manager of Gaylord Studio at 327 E. Walnut, Springfield Missouri. Two years later he bought the studio and renamed it Sothern Studio.

To this union Maxine and Don were blessed with three children; Susan, Scot, and Brian. They divorced in 1972 and Maxine later reconnected with her high school sweetheart, Kenneth C. Hunt. They were married in 1977 and made their home in Ponca City, Oklahoma. Kenneth was chief chemist at Conoco until his retirement in 1985. They had a wonderful, fun-filled life together, traveling much of the world and wintering in Arizona where they played golf much of the time.

After Kenneth’s death in 2010 Maxine moved back to Springfield to be close to two of her children who are still living in the area.

Maxine graduated with an LPN from Graff Vocational Technical School and worked for a number of years at St. John’s Hospital (Mercy) before accepting a job as field representative for the American Cancer Society.

She was a loyal friend to many and delighted in bragging that she received as many as 30 birthday cards every year. Her years in Ponca City produced many remarkably close and valued friendships. She was an active member of Grace Episcopal Church of that city.

Maxine was an active and enthusiastic golfer until her early 80s. She was a charter member of Esther Chapter of the Daughters of the King at Grace Church, Ponca City. After moving back to Springfield, she transferred her church membership to Christ Episcopal Church where she and Don had raised their three children, but she attended St. John’s Episcopal Church frequently.

She was preceded in death by her parents, her husband, and a grandson, Shawn Kelly McFadin.

Maxine will be cremated under the direction of Gorman-Scharpf Funeral Home and inurned in the columbarium at Christ Episcopal Church. A private service of Committal will be held in the near future.

In lieu of flowers Maxine suggested contributions be made in her name to Grace Episcopal Church, 109 N. 13th Street, Ponca City, or any progressive program designed to promote equality for all persons.