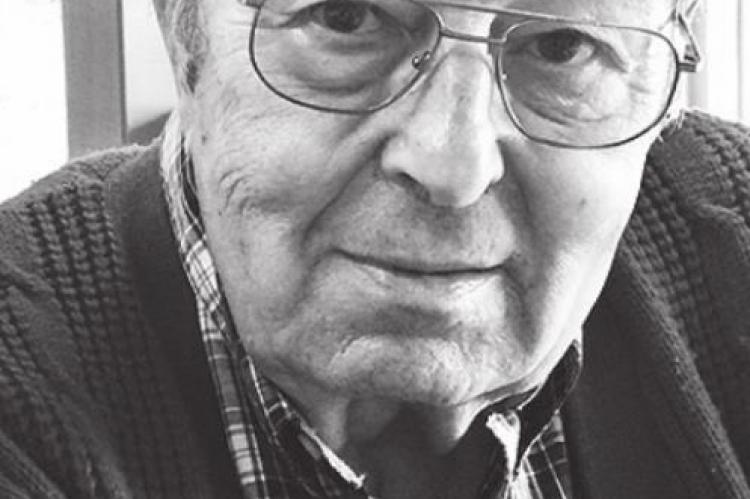 At the age of 84, Jack Rein, a loved husband, dad, grandpa and lifelong resident of Ponca City passed peacefully at his home surrounded by family on Saturday, June 27, 2020, listening to the song, Somewhere by Barbra Streisand.

Jackie “Jack” Leroy Rein was born to Bill and Opal Rein in Tonkawa, Oklahoma at his grandmother’s home on July 14, 1935. He grew up with his two brothers on the Rein family farm in Noble County planting and harvesting “Golden Pennies.” 84 years later, this is a term today many would simply call “wheat.”

Jack experienced the backend of The Great Depression and he shared with his own boys and grandkids over the years, “it wasn’t always easy making money in those days or getting to school from out in the country.” But despite any economic hardships or difficulty getting to school, Jack successfully graduated with the Ponca City High School Class of 1955 with one pair of jeans and one pair of shoes per school year.

He also made some lifetime friends from the Class of 1955 Ponca City Wildcat football team. As a matter of fact, the headlines highlight a well-seasoned group of boys represented Ponca City well… they tackled on the field that season and continued to tackle life together over the years. Jack loved them.

As Jack moved forward with collegiate studies at Northwestern Oklahoma State University in Alva, Oklahoma, a special young lady in Ponca City was still on his mind - Miss Della Mae Carson. As God directed, Jack did get to marry his high school sweetheart on April 6, 1956. Ponca City remained to be the homestead where Jack and his bride would settle in and live their dreams together raising three boys: Timmy Jack, Stephen Todd and Bobby Ray.

After a successful career with General Adjustment Bureau as an insurance adjuster, Jack set his aim and direction towards owning his own business. On July 1, 1968, Jack and Della purchased the Guy Petty Insurance Agency and renamed the business - Jack Rein Insurance. This endeavor set the stage for the next 51 years for Jack to serve the residents of Ponca City and surrounding areas with personal, business, life and health insurance. On April 1, 2020, Jack retired after selling his insurance business to The Myers Insurance Agency in Ponca City.

He is survived by his high school sweetheart and wife of 64 years, Della Mae Rein, and their children: Tim Rein and his wife, Kristin of Pottsboro, Texas, Steve Rein and his wife, Oralia of Piedmont, Oklahoma, and Bobby Rein and his wife, Tammy of Ponca City, Oklahoma; as well as their ten grandchildren: Niki Pierce, Kelli Bradshaw, Shane Bagley, Kasey Rein, Kimberly Rein, Jarrod Rein, Justin Rein, Carson Rein, Tara Laughlin, Hunter Garrison; and one special niece who was like a daughter to him, Jody Chamberlain and her husband, Stephen of Cashion, Oklahoma; along with six great-grandchildren and a big host of cousins, nieces and nephews.

Jack was preceded in death by his father, Bill, his mother, Opal and both brothers, Paul and Alex.

Jack was a lifelong member of First Lutheran Church.

Jack’s life will be celebrated at First Lutheran Church on Thursday, July 2, 2020 at 10:00 am. Those wishing to pay their respects and say their good-byes may do so at Trout Funeral Home on Tuesday and Wednesday until 8pm with his family available to greet friends on Wednesday from 6-8pm.

Arrangements are under the direction of Trout Funeral Home & Crematory.