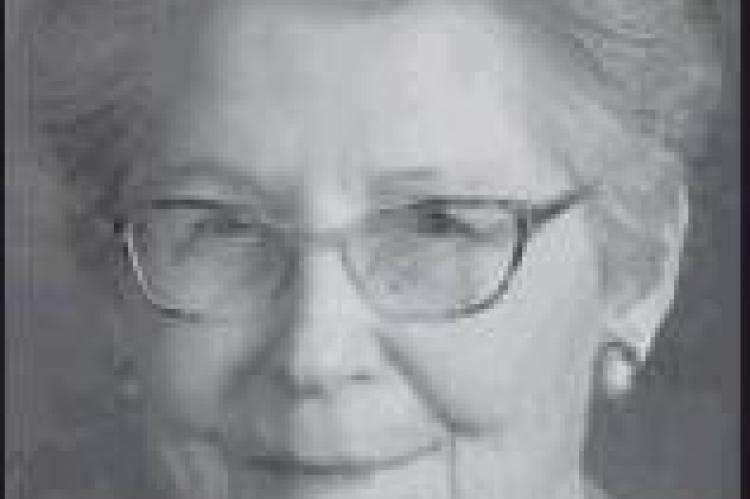 A celebration of her life will be held at 2:00 PM, on Friday, August 23, 2019, at the First Christian Church, with Reverend Nestle Road officiating. Erma will be laid to rest at Resthaven Memorial Gardens following the service. Arrangements under the direction of Trout Funeral Home & Crematory.

Erma was born on July 10, 1929 in Ponca City, Oklahoma to Elbert and Stella (Dougherty) Early. She graduated from Ponca City High School in 1947, and married Fred Harader on June 13, 1948 in Ponca City. In 1952, Erma, her husband, her parents and sister were all baptized at the First Christian Church in Ponca City, where she was a charter member until her death. Erma was very involved in her children’s lives and spent many hours driving them and their friends to activities and events. She loved being a PTA mom and worked closely with Campfire Girls.

Erma spent most of her life volunteering. She and Fred helped cook monthly meals for the Friendship Feast at First Christian Church.

Erma also taught Sunday School, worked with the Children’s Choir at church and was a faithful member of the Christian Women’s Fellowship form 1956 until 2017.

She was also quite the seamstress. She enjoyed making curtains and clothes and even made a wedding dress for one of her daughters. Erma also enjoyed fishing and was even capable of fishing with stink bait to catch those yummy catfish for family fish fries.

She was preceded in death by her husband, Fred, parents, Elbert and Stella Early, sister, Velma Bussey and brother, Don Early.