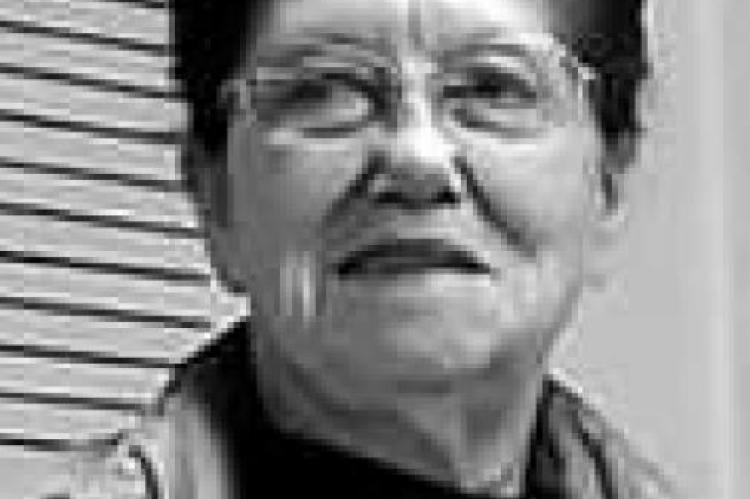 With deepest sorrow, we announce that Bobbie Norton, age 80, our most beloved mother, passed suddenly on Wednesday, October 28, 2020 at her home in Fairfax, Oklahoma. She was born Bobbie Sue Buffington on Sunday, February 18, 1940 in Booneville, Ark. to parents Buddy Monroe and Gladys Marie (Bollinger) Buffington—one of three children.

At the young age of four, the family moved to the Ralston-Fairfax community. Growing up on a farm, Bobbie was taught many life skills she would later use when she started working outside the home. She started school at the first Woodland School located in the Big Bend Area and later completed her education in Fairfax.

She married Jimmy Obe Wilson on Monday, December 28, 1959 and they made Fairfax their home. To this union three awesome children were born: Tawnya, Johnny, and Tony Wilson. She met the love of her life Donald Leslie Norton and they were married on Monday, October 6, 1980. They had shared over 20 years of life together before his passing.

Bobbie started working outside the home at age 15 taking tickets and assisting at the concession stand inside the Tallchief Movie Theater. She then moved on across the street to waitress at the Silver Moon Cafe. Later, she worked as a car hop further south on Main Street at Red’s Grill and then Haines’s Grill. Her life work also included clerk jobs at several of the grocery stores when Fairfax was a thriving community. For a period, she worked at Hominy then Pawnee with other local ladies sewing Munsingwear underwear for wages, followed by sewing hosiery at the same Pawnee location. She recently reminisced Willie’s Taste Freeze on north main was a fun place to work back in the 70s. In the early 1990s Bobbie worked for two consecutive owners at Concepts ‘n Motion, an exercise establishment which she recalled, “was the easiest job I ever had.” Her long working career ended as a cashier at Mount’s Texaco convenience store when she retired at 75 years of age. She was a hardworking female and took pride in her long 60 years of employment.

Her enjoyments in life included raising her children, spending special time with her grandchildren, listening to Elvis sing, and reading her collection of Harlequin romance novels as well as Louis L’Amour westerns.

Those she leaves behind who hold many cherished memories are her three children Tawnya (Wesley) Shields, Johnny (Kelley) Wilson, and Tony Wilson all of Ponca City, Okla.; her five grandchildren Samantha, April, Katrina, Yolanda, and Shane; six great grandchildren; a brother WM (Bill) Buffington and brother-in-law Frank Culp plus many nieces and nephews.

Visitation will be held 1pm to 5pm at the Hunsaker Wooten Funeral Chapel of Fairfax, Oklahoma on Sunday Nov. 1 and Monday morning, Nov. 2 from 10 am to 12 pm noon before Graveside Services. Due to the current Covid-19 virus outbreak social distancing and masks are encouraged. At 2 pm Monday, Pastor Lewis Bernard, will preside at the Graveside Service in the Fairfax City Cemetery, with burial to immediately follow under the care of Hunsaker Wooten Funeral Home.

Her children have fond memories of summer days spent at the Fairfax Public Library and ask donations in Bobbie’s honor be made to the Summer Reading Program, 158 E. Elm, Fairfax OK 74637 or the charity of your choice. Please feel free to contact the family through the funeral home website at: www.hunsakerwootenfuneralhome. com

Bobbie liked to do things “her way” right to the very end, she had her funeral planned before passing.