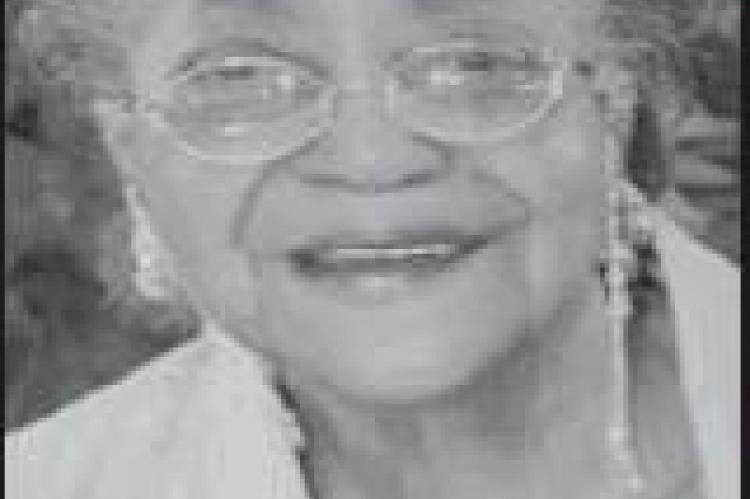 Barbara Jean Dewberry Young was born on June 24, 1931 in Ponca City, Oklahoma to C. D. and Leola Harvey Dewberry. She was the sixth child. She was educated at Attucks School and graduated High School in 1947. Barbara married Leroy Young on October 31, 1948 and to that union was born 4 children: Barbara Lee, Mazella, Regina and Alan.

As a small child, Barbara was baptized at St. John Baptist Church in Ponca City. She took piano lessons from various teachers in the Attucks Community and played for the choirs at St. John for many years until she began her family. She could sing well and taught her children to sing also. She would host a Friday Night Spiritual Sing-a-long in her home where neighbors and friends gathered to sing the songs of Zion. Later in life she was one of the founders of the New Life Church in Ponca City.

Barbara was an accomplished seamstress. She made outfits for the Roustabouts Singing Group from NOC in Tonkawa, OK. She had a love for ironing and she did it professionally for many people. Barbara was an excellent cook and baker. She was well-known for her German Chocolate Cake, Lemon Meringue Pie, Pumpkin Bread, Pound Cake and Cinnamon Rolls.

Barbara was diagnosed with Alzheimer’s disease and her health declined. Barbara went to meet her Savior, Jesus Christ, on Thursday, August 8, 2019 while a resident at Enid Senior Care of Enid, OK. She was preceded in death by her parents C.D. and Leola Dewberry, her husband Leroy, her brothers Perry, Earnest, Lester, Benny and Willard, and her sisters Glenna McDonald and Edna Marie Alice Dewberry. She is also preceded in death by her daughter-in law Denise Young and son-in law Kenneth Smith.