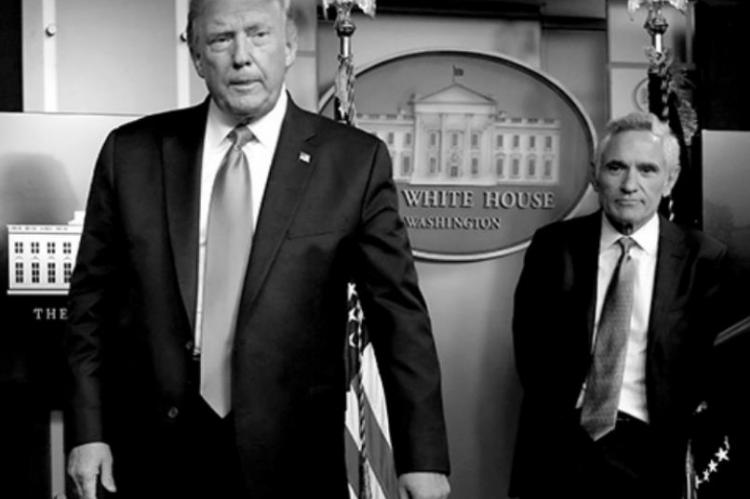 Dr. Scott Atlas, a radiologist who gained President Donald Trump’s ear by pushing science-defying advice about COVID-19, has resigned from the White House coronavirus task force, according to an administration official familiar with the matter.

Atlas submitted a resignation letter to Trump on Monday, the official told the New York Daily News, capping off a four-month tenure at the White House that was marred by controversy.

Despite having no experience in infectious disease prevention, Atlas emerged as one of Trump’s closest advisers on the COVID-19 pandemic, as Dr. Anthony Fauci and other seasoned experts were sidelined.

Atlas pushed the debunked idea that “herd immunity” to COVID-19 could be achieved by deliberately exposing people to the virus.

He was also an outspoken critic of COVID-19 precautions such as face mask usage and social distancing.

In an October post that was removed by Twitter for violating the platform’s policy against COVID-19 misinformation, Atlas claimed masks weren’t effective in stopping the spread of the respiratory virus.

Atlas was hired on a 130-day special government employee contract that was set to expire later this week, though Trump could likely have extended his employment if he didn’t resign.

Atlas’ exit comes as the pandemic is resurging in catastrophic numbers across the country.

The U.S. coronavirus death toll is nearing 270,000 while hospitalization rates are steadily ticking up, with more than 150,000 new infections being reported every day.

Despite the worsening virus, Trump appears to have largely stopped paying attention to the pandemic and focuses most of his time pushing false claims about the 2020 election that he lost to President-elect Joe Biden.

Unlike Trump, Atlas acknowledged in his resignation letter that Biden will be sworn in as the next president on Jan. 20.

“I sincerely wish the new team all the best as they guide the nation through these trying, polarized times,” Atlas wrote in the letter, a copy of which was obtained by Fox News. “With the emerging treatments and vaccines, I remain highly optimistic that America will thrive once again and overcome the adversity of the pandemic and all that it has entailed.”