Schools close for rest of the year

OKLAHOMA CITY (AP) - The Oklahoma State Board of Education voted Wednesday to close public schools statewide for the remainder of the school year and to turn to distance learning in an effort to limit the spread of the coronavirus, which has now infected 164 Oklahomans.

The vote came as the state Department of Health reported an increase in the number of cases from 106 on Tuesday and the number of deaths from three to five.

Closing schools and implementing distance learning, which had been prohibited in the state, are “drastic steps” but are necessary to slow the spread of the virus, state schools Superintendent Joy Hofmeister said.

“This is not likely to be short term, but I do want people to remember, it is temporary, it isn’t permanent,” Hofmeister said. “It is also 100% worth the struggle that schools and families will go through to keep our families safe.”

For most people, the coronavirus causes mild or moderate symptoms, such as fever and cough that clear up in two to three weeks. For some, especially older adults and people with existing health problems, it can cause more severe illness, including pneumonia, or death.

The two latest deaths were both men from Oklahoma County, according to the Oklahoma City-County Health Department. One older than 65 and the other was between the ages of 35 and 50.

The Health Department said the virus has now spread into 27 counties, up from 19 on Tuesday when Gov. Kevin Stitt ordered non-essential businesses to shut down in counties where the coronavirus had been detected. The governor ordered elderly and vulnerable Oklahomans to stay indoors until April 30, except for essential travel, such as to pick up groceries and prescriptions. 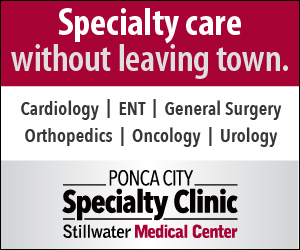