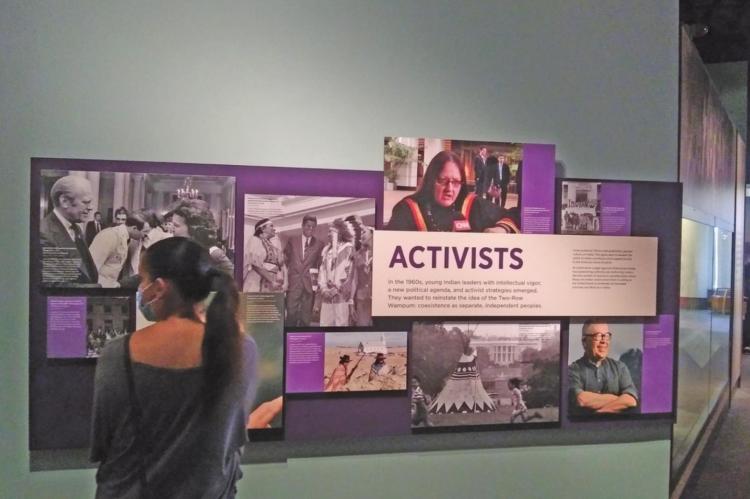 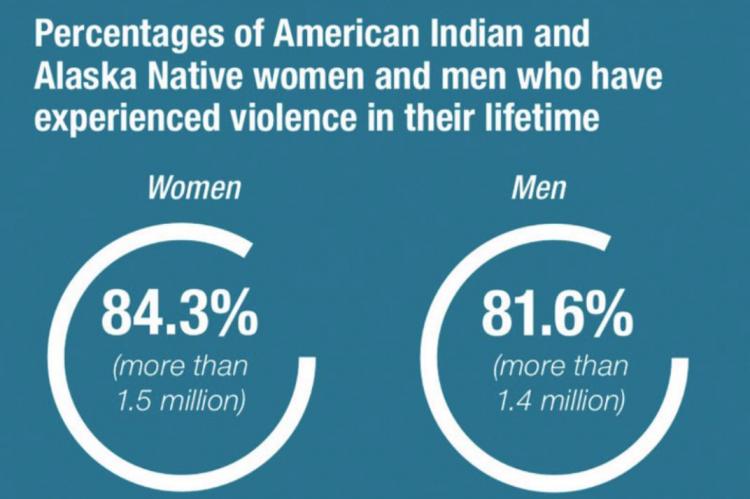 WASHINGTON -- Companion bills designed to change the way law enforcement responds to murdered or missing Indigenous women have been signed into law almost symbolically by President Donald Trump on the weekend before Indigenous Peoples’ Day.

Combined, the two bills will improve coordination between agencies while developing a plan to combat the rising tide of missing, murdered and kidnapped Native Americans, something that has not happened before. More importantly it brings Indigeous people into the process.

Savanna’s Act honors the name of Savanna LaFontaine-Greywind, a citizen of the Spirit Lake Nation tribe who was found brutally murdered in the Red River near the North Dakota-Minnesota border. Her unborn baby was cut out of her womb days before the 22-yearold mother’s body was discovered.

The Not Invisible Act, cosponsored by the four sitting members of Congress who are tribal members including Tom Cole (R-Okla.) and MarkWayne Mullen (R-Okla.), seeks to improve coordination between agencies that deal with violence against Native Americans.

The signing comes nearly a year after Trump signed an executive order that formed the Operation Lady Justice task force, to which several Oklahomans have been named.

“One of the most impactful testimonies that I heard was from the father of a missing person’s victim, who talked about his family’s awful experience after the fact,” said Trent Shores, a key member of the Lady Justice committee, a member of the Choctaw Nation and the U.S. Attorney Northern District of Oklahoma.

“It was something that I think really hit on all of us, and it was a good reminder, frankly, of the seriousness of the issue that we have,” he said.

Patti Buhl, a Cherokee Nation member, who was selected as the new Missing and Murdered Indigenous Persons (MMIP) Coordinator for Oklahoma in June, works closely with Shores and said that the pandemic has slowed down the planned progress of her work with tribal leadership and law enforcement.

Native American women are more than twice as likely to experience violence than any other demographic, and one out of every three Native women will be the victim of sexual assault during her lifetime, according to the National Congress of American Indians Policy Research Center.

“I think it could really go a long way if we continue to expand the Tribal Access Program, to give notice to members of law enforcement in our particular [tribal] region, so that they can be able to look out when someone goes missing.”

However, Sarah Deer, a Muscogee (Creek) Nation member and a professor at the University of Kansas, said that while Savanna’s Act is a step in the right direction she is “a little skeptical” of the president’s task force.

“I don’t want to ever suggest that we shouldn’t have all kinds of folks at the table working on this,” Deer said. “But the task force is time-limited; it’s not really changing the game.

Deer’s expert testimony on assault against indigenous women played crucial roles in the 2010 passage of the Tribal Law and Order Act and the 2013 reauthorization of the Violence Against Women Act. Deer reiterated that the next step should be moving toward restoring tribal jurisdiction over all crimes committed by all people, Native or otherwise, on reservations.

“Until we change the structural inequity at the tribal level, when it comes to non-Indian perpetrators, we’re still going to struggle,” Deer said. “I do get a little impatient when it’s more study and more consultation, because we’ve had all of that, when we really just need to fix the identified problems.”

“We’re going to look at the best practices for establishing multidisciplinary teams that will include tribal law enforcement and victim advocates to address cold cases,” Shores said. “And I think we’ll get into more detail in Year Two what kind of a public awareness and education campaign we need for both impacted communities in Indian Country, but also urban communities that may not think about missing and murdered indigenous persons issues impacting their communities.”

“Those investigators are already in place, and they are looking at cases as we speak,” Buhl said.